Why Launch a Business? 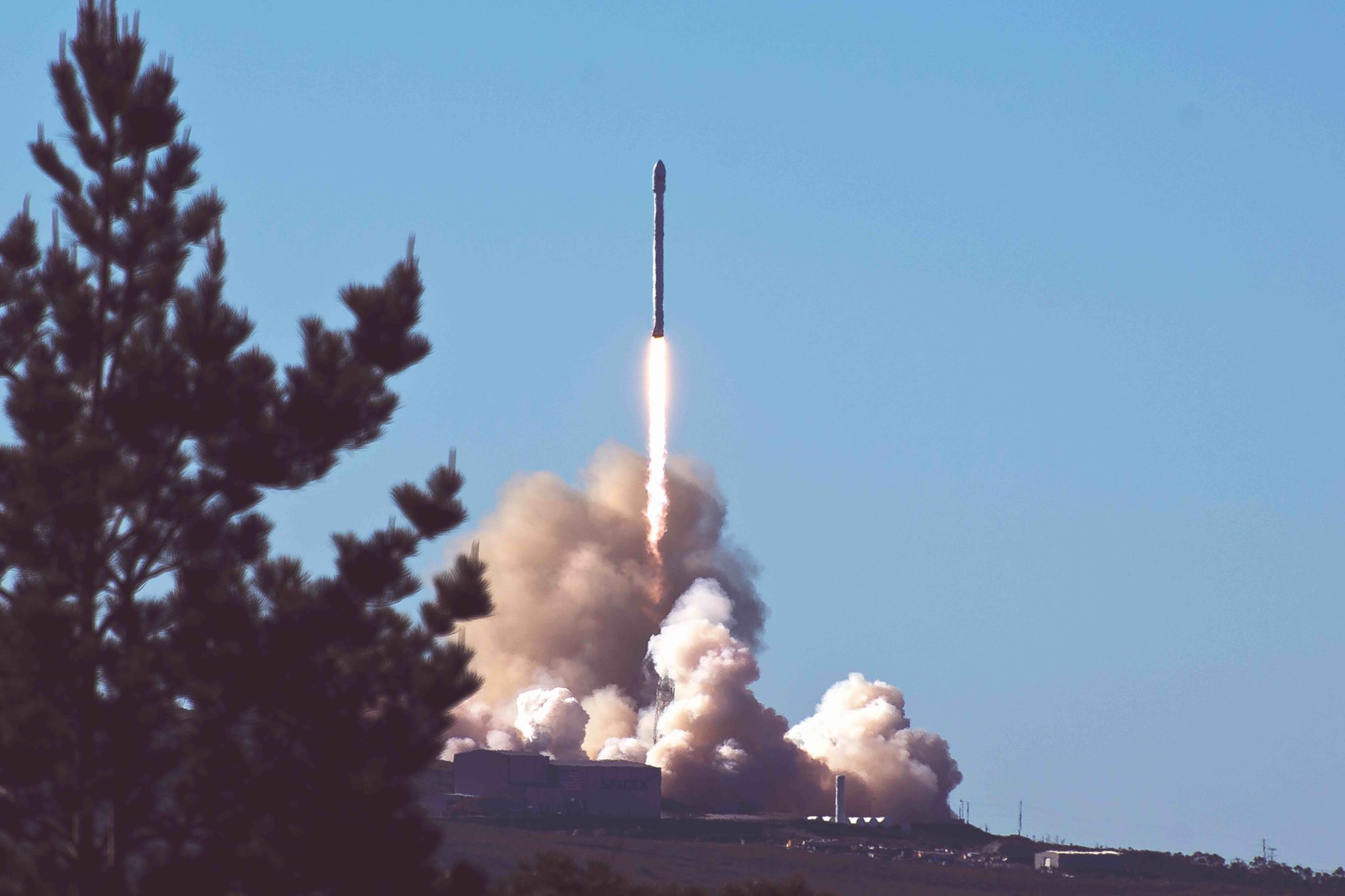 It was late in the day at nearly 5:30. My boss and owner of the company I worked for came into my office. It was eerily quiet and most everyone had left for the day. Sitting in a red chair was the Director of Human Resources. My heart sank and fear took over. My boss quickly explained that they needed to let me go, and he didn’t think I was happy there. He was right about that even though being let go scared me to death.

I had come there a year earlier with high expectations. I had come from a small business that grew revenues from $4 million to $16 million in 5 years and was eventually sold to a large publicly traded company. So, I thought that I could replicate this with the new company, but it was not the same. Unfortunately, I was not making the impact I wanted, and revenue was decreasing. There was not a budget for a Vice President of Finance at about $170,000 in salary and benefits, and I knew my days were numbered.

As I cleared out my office and turned in my keys, I was in a state of shock. The drive home seemed long that day, and I called my wife. She was saddened and angered by what happened. We have 4 kids, and at the time, they were ages 3 to 11. I was the sole provider and my wife homeschools our children. The severance was very short. How would I provide for my family?

A couple of days later as I sat in my closet praying and asking for wisdom, I suddenly had a thought to open the safe sitting next to me. At the bottom of the safe was an old gold watch that belonged to my father who passed away when I was only 3 years old. I noticed an inscription on the back that I had never read before. It said, “God Loves You, Dad”.  Emotions overwhelmed me as I sat there crying. I called my older brother to ask if he remembered this inscription on the watch. My dad had this inscribed when he was sick. It was like he was speaking to me from 35 years ago. I knew that God was in control and peace came over me.

The Journey to Business Ownership

The next few months took me on a journey that I wouldn’t change for anything. At the time, however, I didn’t think it was great. I accepted a position as a financial advisor with Edward Jones, following in similar footsteps of both my dad who passed away and my step-dad who raised me. I spent 10 weeks studying diligently to pass the licensing exams. For six weeks during the hot Texas summer, I walked in neighborhoods and knocked on thousands of doors to build my list of contacts. Eventually, I became a licensed financial advisor, but something was not right. I didn’t enjoy much of what I was doing at all. I know there is value in being a financial advisor, but something was missing.

Since I graduated with my Masters in Business Administration from Baylor University, I had become a Certified Public Accountant and worked 2 years a KPMG, a big 4 Public Accounting Firm, as an auditor. I then gained valuable experience as an Assistant Controller for 4 years at a $200 million publicly traded electronics distribution company. There seemed to be an entrepreneurial streak about me at the time and left this company after four years to join a very young digital marketing company that focused on paid search on Google. I spent 9 years there as a Controller and eventually a Director of Financial Planning & Analysis as the company grew extremely fast and was sold to a large publicly traded marketing holding company. When leaving this company, I went to another marketing company but failed to make a positive impact.

Now back to being a financial advisor. What was missing? I was not using much of my experience. I was told what to say and shown the process of growing my business as a financial advisor, and it was not exciting. Therefore, left Edward Jones and began interviewing for another job. I was connecting with others and came across an organization providing fractional (part-time) CFO work. Although that organization was not the right fit for me, I realized that these concepts make a ton of sense. I had worked at two organizations that would benefit from this type of service. Times had changed and technology made it much easier to provide CFO services from anywhere. So, in January 2016, I launched Bender CFO Services Inc.

Many people think that owning a business is risky. Some might think that people who own a business must not be able to get or hold a job. I had much of this type of thinking, but I now confidently believe that those ideas couldn’t be further from the truth. Don’t get me wrong, there is a great benefit to having a job. A good company will train and develop you and you will gain skills to be of great value to them. The insurance benefits and time off is nice. You could also have an opportunity to make a lot of money, especially if you get an equity stake in the business.  Although, it still is riskier than you think.

One Stream of Income

A company is really one stream of income. It could be taken away from you at any time. Decisions by many other people in the company affect the revenue and profits and ultimately your ability to get promoted, a raise, or have a job altogether. Depending on the size of the company, a large layoff could happen, and you are suddenly without income. If a 50-year-old making over $200,000 per year gets laid off, he or she will definitely find it challenging to land a job that replaces this income.

Business ownership requires personal development and connection with others. I have found that I had become stagnant in my growth both in soft skills such as networking, communication, and leadership, but I was also not learning new skills and the latest technology. A good company will help with this. It wasn’t until I had my own business that I had the motivation to join Toastmasters, an organization that helps me develop my speaking and leadership skills.

A business helps you build a platform and eventually a legacy that will outlive any kind of job. By having a business, I have been motivated to write a weekly blog, build a website, write a book, and build connections on Facebook and LinkedIn. I have met people I would never have met. I am a much better person because of these people. The platform and legacy I am building will go with me the rest of my life, and my kids will be affected by it. Maybe they will take part in it if they want to.

I have learned about how I work best and what allows me to be productive. Generally, I get a lot accomplished in a distraction-free environment listening to classical music on my headphones. I even try to take a 15-minute nap every day. The places I have worked did not have the work environment that helped me produce the most value to others. The open office environment was highly distracting and unproductive to me. Basically, as a business owner, you have the freedom to create the environment that works best for you.

The biggest benefit to me has to do with making the greatest impact on the largest amount of people. As a small business, it might not seem like much at first, but it grows. Eventually, you can make an impact that is noticeable. This is so exciting. Yes, you can make an impact at a company, but you will likely have to contend with bureaucracy, political correctness, and more rules and regulations. Of course, as we build a business, we should desire to keep this from creeping into our organization.

In summary, business ownership has allowed me to do the following:

1.     An opportunity to earn more with multiple revenue streams.

3.     An opportunity to make a larger difference by helping businesses be successful.

4.     Build a legacy that my family could inherit.

6.     Create a work environment that allows me to accomplish more in less time.

7.     Build improved relationships with my family because I see them more.

I am positive that I would not have taken such a huge leap into business ownership without the layoff from my VP Finance job and my struggle as a financial advisor. I learned a lot about myself and my long-term desires. Even the knocking on doors as a financial advisor prepared me. There is nothing more frightening than knocking on a stranger’s door to sell financial products. If I could do that, then I could start a business. I am thankful for that opportunity and wouldn’t trade it for anything. It is a great reminder.

So, what is holding you back? Is it financial fear? Do you not know how to get started? Does it seem weird to you? Do you think it will be too much work?

5 Lessons From a Squirrel

It was cold October morning in the Rocky Mountains of Colorado. I had 2...

Consistency is Better than Quality